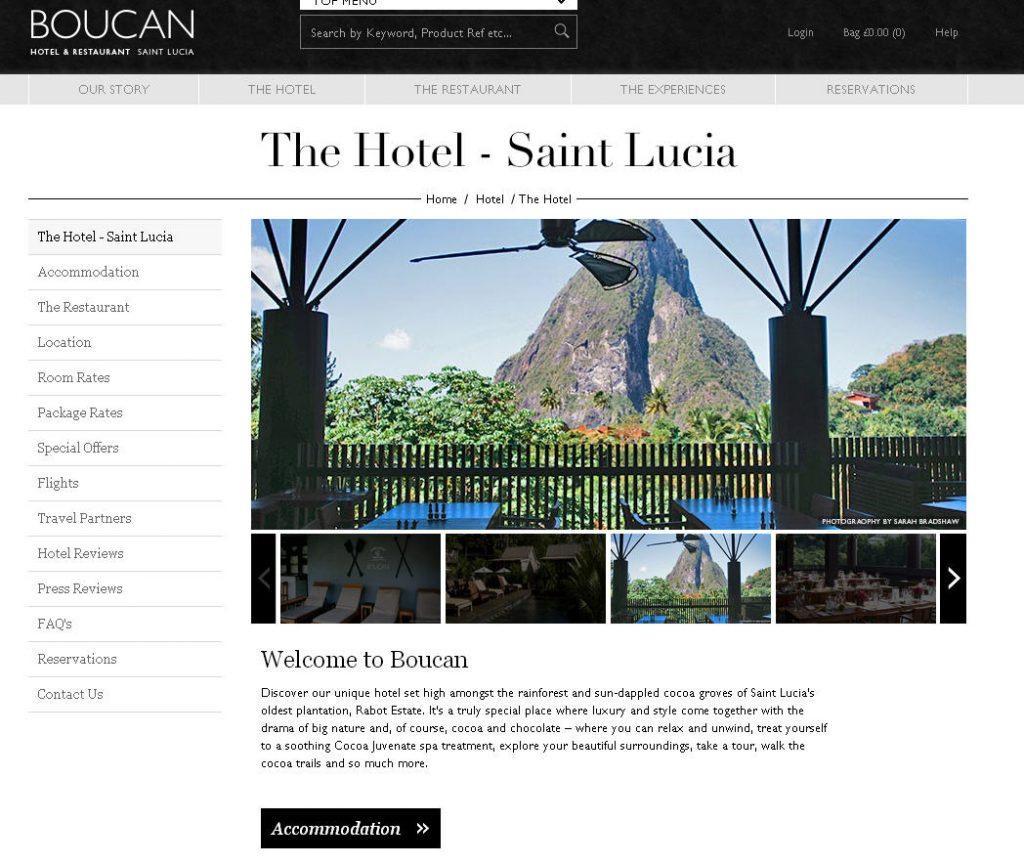 The amazingly beautiful luxury Boucan resort is located in the middle of one of Hotel Chocolat’s cocoa plantations in St Lucia.  This award winning hotel not unsurprisingly decided to choose the unusual Hunter Avalon ceiling fans for their restaurant with it’s unique sail type blade – a design that has been copied by some of Hunter’s less capable competitors.  So each time you bite into a bar of Hotel Chocolat chocolate you can think of their Caribbean HQ resort and Hunter designer ceiling fans!

This hotel is no stranger to success and has won many prestigious awards including the following: