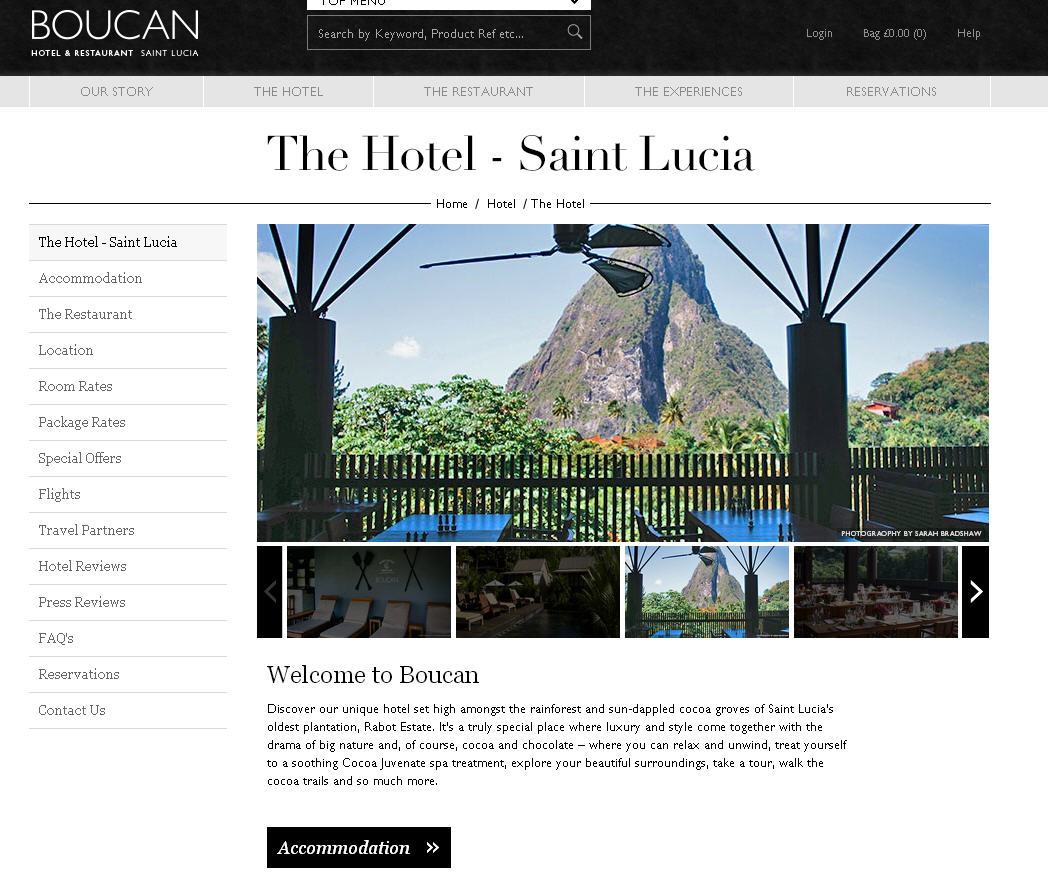 The amazingly beautiful luxury Boucan resort is located in the middle of one of Hotel Chocolat’s cocoa plantations in St Lucia.  This award winning hotel not unsurprisingly decided to choose the unusual Hunter Avalon ceiling fan for their restaurant with it’s sail type blade – a design that has been copied by some of Hunter’s less capable competitors.  So each time you bite into a bar of Hotel Chocolat chocolate you can think of their Caribbean resort and Hunter ceiling fans!

The hotel has won many prestigious awards including the following:

Hosted by design et al, a leading interior design magazine based in the UK, The International Hotel & Property Awards are voted for by top industry professionals as well as design et al readers, clients and the general public.

For two years running they have received a TripAdvisor Certificate of Excellence award. This accolade, which honours hospitality excellence, is given only to establishments that consistently achieve outstanding traveller reviews on TripAdvisor, and is extended to qualifying businesses worldwide.  Only the top-performing 10 per cent of businesses listed on TripAdvisor receive this prestigious award.

Nominated in the following categories: