Notice: Trying to access array offset on value of type bool in /home/henleyfa/public_html/blog/wp-content/mu-plugins/bps-mu-tools.php on line 455

Notice: Trying to access array offset on value of type bool in /home/henleyfa/public_html/blog/wp-content/mu-plugins/bps-mu-tools.php on line 459

Notice: Trying to access array offset on value of type bool in /home/henleyfa/public_html/blog/wp-content/mu-plugins/bps-mu-tools.php on line 463

Notice: Trying to access array offset on value of type bool in /home/henleyfa/public_html/blog/wp-content/mu-plugins/bps-mu-tools.php on line 467

Notice: Trying to access array offset on value of type bool in /home/henleyfa/public_html/blog/wp-content/mu-plugins/bps-mu-tools.php on line 471 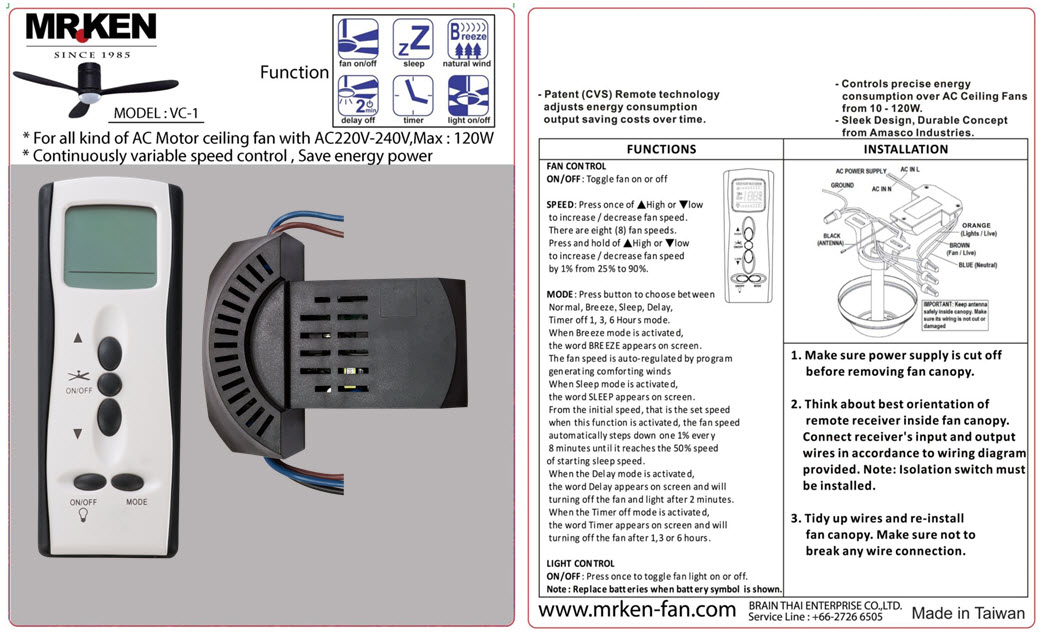 In recent years the introduction of the far more energy efficient direct current DC ceiling fans has brought with it a distinct improvement in motor control technology not least because DC is much easier to control than alternating current (AC).  All AC ceiling fan controls offer just 3 speeds and some reverse as well.  Now the MrKen has developed the unique infinitely variable speed VC1GS controller and remote specifically for AC ceiling fans.  This universal remote will fit most leading brands of ceiling fan and offers a range of useful features such as Sleep, Delay, Timer and the one I like the most the Breeze mode which simulates a changing breeze.

Save energy by using a lower speed for example at night when the Sleep mode gradually reduces the speed by 1% every 8 minutes until it reaches 50% of the starting speed.  Or say you have a conservatory and leave the windows open in the evening and nighttime for it to cool down.  A simple press of the switch to reverse mode will bring all the trapped hot air in the top of the room down to the window level so that it cools down much quicker and more effectively.  Since hot air rises this can also be useful when the air temperature gets unbearably hot since the greenhouse effect will mean that heat is given off from the conservatory floor making it hotter inside than out.  This hot air rises to the ceiling where it is trapped.  Reversing the direction of the ceiling fan draws that trapped air down to floor level where it can exit the open window.

The unit is easy to retrofit an existing fan and is a great value perfect solution for when your fan packs up.  The existing receiver needs to be swopped-out in the ceiling fan canopy with the new one that comes in the pack.  Any existing light can be handled and the handset provides a separate on/off for the light.  There are also 8 preset fan speeds as well as reverse which along with all the modes can be operated all from the remote handset.

This unique product represents great innovation and a real step forward in AC ceiling fan control technology.  At just £99 including VAT this is a real deal no-brainer buy. 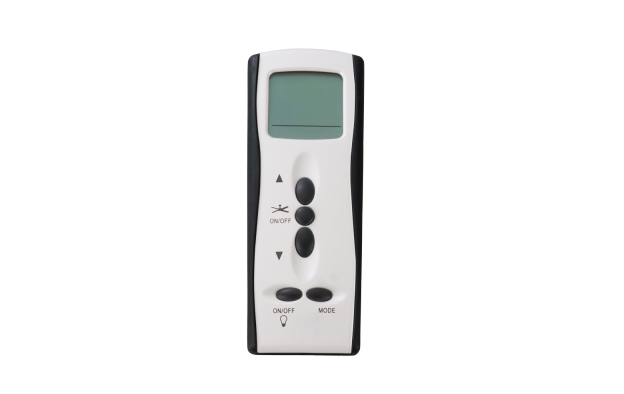 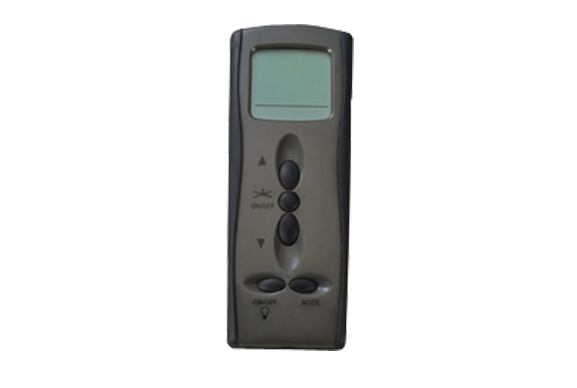 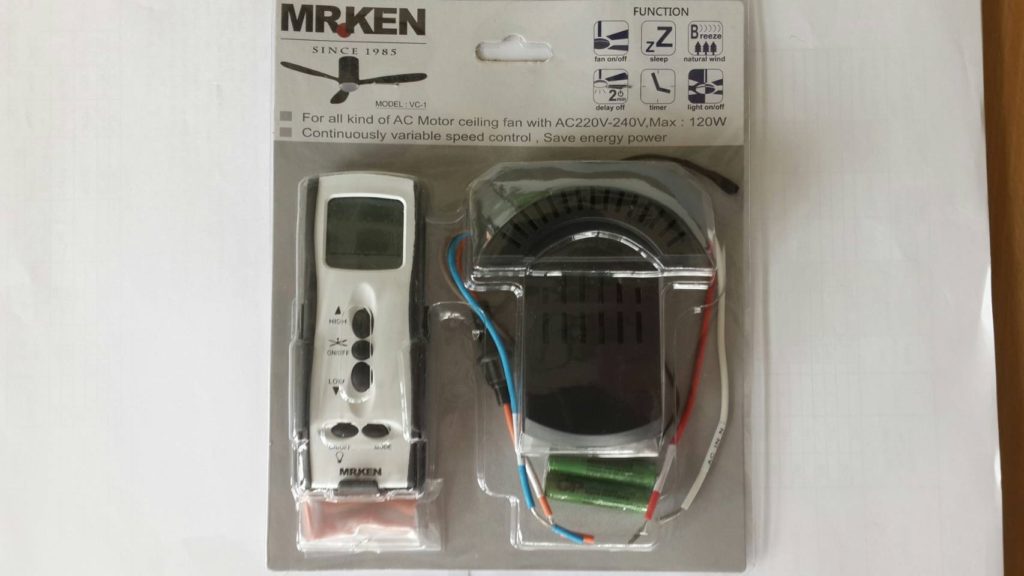